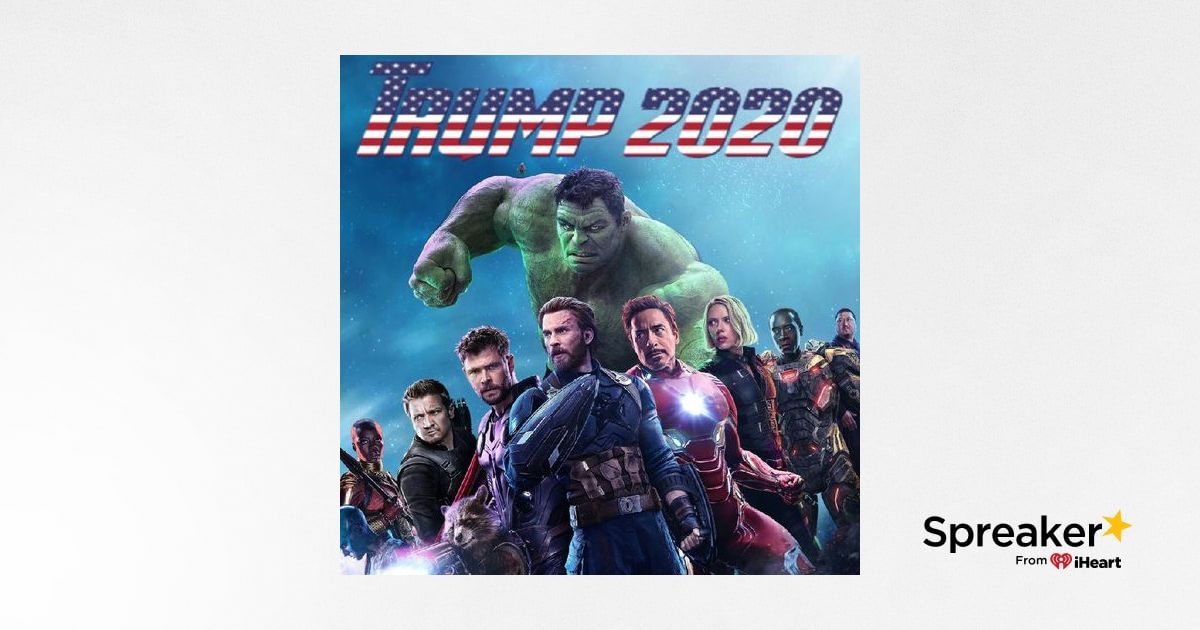 #Avengers running for President 2020 #MAGAFirstNews with @PeterBoykin march for Trump info Biden targets Pennsylvania as Dems face a women problem; NY Times apologizes for Trump-Netanyahu cartoon Biden to hold first campaign rally in battleground Pennsylvania Former Vice President Joe Biden is give the first campaign speech of his official 2020 presidential campaign on Monday and it’s no coincidence that it will be in the battleground state of Pennsylvania. Biden is a longtime former … See More senator from neighboring Delaware, he was born in Pennsylvania, is the only primary candidate from the area, and has numerous ties there. His planned speech to an organized labor crowd in Pittsburgh comes days after he announced his candidacy and promptly went to a fundraiser in Philadelphia organized by the area’s prominent Democrats. In Pittsburgh, Biden is expected to receive the endorsement of the International Association of Fire Fighters and speak about rebuilding the middle class. Expect President Trump to be watching closely. Brad Parscale, Trump’s campaign manager, told CBS’ “Face the Nation” that he believes four left-leaning states — New Hampshire, New Mexico, Nevada and Colorado — could be up for grabs and that the campaign understands the importance of maintaining support in Michigan, Pennsylvania, Wisconsin and Florida. Still, with Biden’s emergence as the Democratic frontrunner, some observers wonder why, in a party that claims to best represent women, none of the record-breaking number of female candidates can seem to gain much momentum – especially given the veteran politician’s questionable history with women (see Anita Hill and various women’s accusations of inappropriate behavior against Biden). comment ICYMI: Trump explains record migration influx, says Dems have turned border into ‘Disneyland’ President Trump told “Sunday Morning Futures” that illegal immigrants are pouring into the country at unprecedented rates “because our economy is so good,” and “everyone wants a piece of it” — and, he asserted, Democrats have now provided major incentives for illegal immigrants to bring children with them as a legal shield.”we go out and we stop the separation,” Trump said in an interview with Maria Bartiromo. “The problem is you have 10 times more people coming up with their families. It’s like Disneyland now.” comment New York Times apologizes multiple times for Netanyahu-Trump cartoon The New York Times Opinion section issued a second apology Sunday over a cartoon of President Trump and Israeli Prime Minister Benjamin Netanyahu which was called offensive because of “anti-Semitic tropes.” “We are deeply sorry for the publication of an anti-Semitic political cartoon last Thursday in the print edition of The New York Times that circulates outside of the United States, and we are committed to making sure nothing like this happens again,” the opinion section tweeted Sunday. “Such imagery is always dangerous, and at a time when anti-Semitism is on the rise worldwide, it’s all the more unacceptable.” The new apology said that the decision to run the syndicated cartoon was made by a single editor working without adequate oversight. The cartoon showed Trump wearing a pair of sunglasses and being led by a dog depicted as Netanyahu. The dog had a Star of David collar. comment shooting Report: Chicago prosecutor Kim Foxx subpoenaed over Jussie Smollett case Chicago’s top prosecutor, Kim Foxx, has been subpoenaed over her handling of the Jussie Smollett case, according to The Chicago-Sun Times. Foxx, Cook County’s state’s attorney, will have to appear in court after a retired appellate judge, Sheila O’Brien, filed a petition last week for a special prosecutor to probe the Smollett case, in which a 16-count indictment against the “Empire” actor was dropped last month. Foxx’s top deputy, Joseph Magats, was also subpoenaed, and another document requested that Smollett appears at the hearing, the report said. comment AOC and Conway trade Twitter barbs Rep. Alexandria Ocasio-Cortez, D-N.Y.  accused Kellyanne Conway Sunday of attempting to “stoke suspicion” regarding the freshman lawmaker’s religion after the White House adviser questioned why she didn’t comment on the Sri Lankan terrorist attacks on Easter Sunday. In a back-and-forth exchange on Twitter, Ocasio-Cortez asked why Conway would note that she didn’t tweet about the bombings, which left more than 250 people dead. “Are you trying to imply that I am less Christian? What was the point of you bringing this up on national TV?” the lawmaker asked, alongside a jab about how she was visiting her grandmother in Puerto Rico, “which continues to suffer from the White House’s incompetent disaster response.” comment avengers running for president 2020 ‘Avengers: Endgame’ pulls a Thanos on box office records “Avengers: Endgame” shattered the record for biggest opening weekend with an estimated $350 million in ticket sales domestically and $1.2 billion globally, reaching a new pinnacle in the blockbuster era that the comic-book studio has come to dominate. Marvel’s “Avengers” finale far exceeded even its own gargantuan expectations, according to studio estimates Sunday. The movie had been forecast to open between $260 million and $300 million in U.S. and Canadian theaters, but moviegoers turned out in such droves that “Endgame” blew past the previous record of $257.7 million, set last year by “Avengers: Infinity War” when it narrowly surpassed “The Force Awakens.” “Endgame” was just as enormous overseas, obliterating the previous record of $640.5 million, also set by “Infinity War.” ending