How Many Times Do We Have To Warn Iran? Trump Says If He Is Forced To Do Something It’s Going To Be A Large Response. 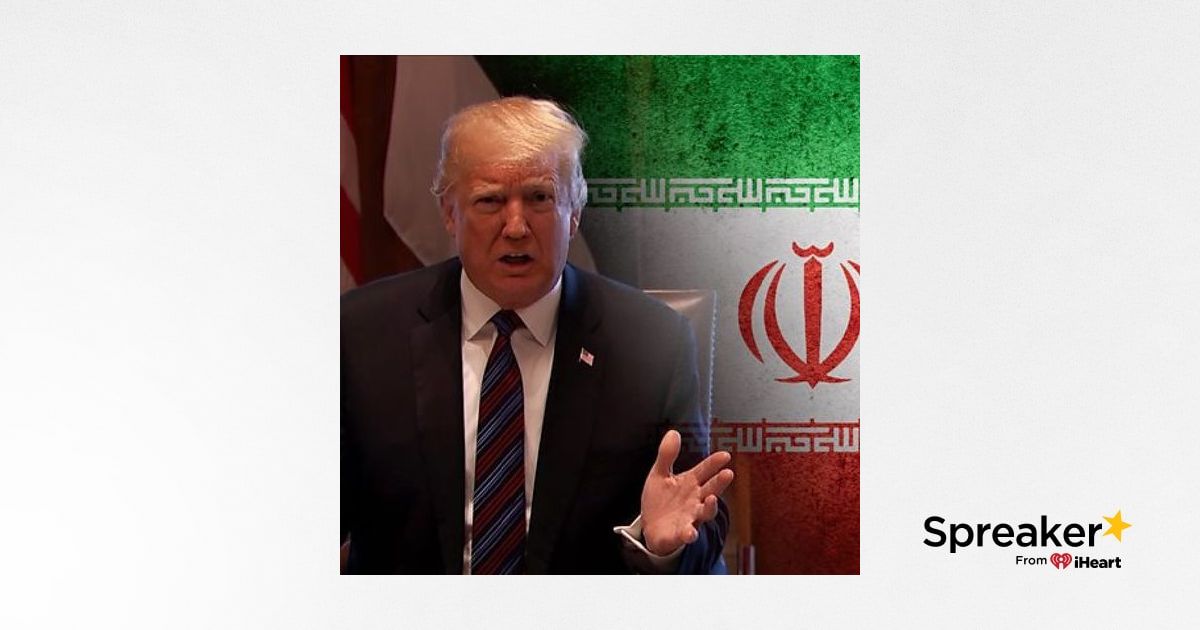 How Many Times Do We Have To Warn Iran? Trump Says If He Is Forced To Do Something It’s Going To Be A Large Response.

After showing military restraint, Trump warns Iran in ‘Tucker Carlson Tonight’ interview
President Trump, after calling off a military strike on Iran following the downing of an American drone last month, delivered a stern warning to the regime during an interview with Fox News. Speaking exclusively with Tucker Carlson, Trump said he “built up a lot of … See More great capital” after his decision — but said that means “if something should happen, we’re in a positionto do far worse by not doing it.” He quickly added, “But, hopefully, we don’t have to do anything.” The president’s comments on “Tucker Carlson Tonight” were made before it was reported on Monday that Iran has exceeded the threshold for the Islamic Republic’s low-enriched uranium stockpile agreed upon in the 2015 nuclear deal. But at a White House event on Monday, he said Iran was “playing with fire.”

During the “Tucker” interview, President Trump also shared his plans to combat rising homelessness and mental illness in America.

Cory Booker unveils plan to ‘virtually eliminate immigrant detention’
Sen. Cory Booker, trying to jolt his 2020 presidential campaign, is unveiling a comprehensive plan to “virtually eliminate immigrant detention” and expand protections for illegal immigrants through executive order — bypassing Congress entirely — “on day one of his presidency.” The aggressive proposal comes as polls consistently have shown Booker trailing many fellow Democrats in the White House race, including Joe Biden, Kamala Harris, Bernie Sanders and Elizabeth Warren. Although several of his rivals already have announced similar proposals and even endorsed decriminalizing border crossing entirely, Booker’s plan was unique in focusing on the immigrant detention facilities that have attracted national attention in recent weeks.

Booker’s plan comes as Senate Minority Leader Chuck Schumer is facing a lingering political backlash from liberal House Democrats over his role in the passage of a bipartisan border bill last week, which saw House Speaker Nancy Pelosi forced to back down from a push to include restrictions on immigration enforcement. It also comes amidoutrage over claims made by U.S. Rep. Alexandria Ocasio-Cortez, D-N.Y., that women at a southern border facility are being forced to drink “out of toilets.” U.S. Customs and Border Patrol officials have strongly denied AOC’s allegations.

Report: Nike dropped Betsy Ross-themed Fourth of July sneaker after Colin Kaepernick complained
Just don’t do it. That was the message ex-NFL quarterback Colin Kaepernick delivered to Nikeover the planned release of a USA-themed sneaker, which featured a Betsy Ross flag on the heel, according to a report. Nike nixed the released of the Air Max 1 USA after having already sent the sneakers to retailers because the protesting quarterback said he felt the use of the Betsy Ross flag was offensive and carried slavery connotations, sources told The Wall Street Journal.

Accused Navy SEAL’s fate in jury’s hands
Jurors will begin their first full day of deliberations in the court-martial of a decorated Navy SEAL accused of murdering a wounded ISIS war prisoner in Iraq. Jury deliberations started Monday following closing argumentswhere military prosecutors said Special Operations Chief Edward Gallagher’s words and actions proved he murdered a member of the Islamic State terror network in May 2017. The defense argued the prosecution’s case had “huge gaping holes” and that Gallagher was a subject of “fixation” by military prosecutors. “They started with a conclusion … [and] … ignored everything that didn’t fit,” Timothy Parlatore told the jury of five Marines and two sailors during his closing argument.

Charlie Kirk launches GOTV campaign to enlist 1 million ‘Students for Trump’ in 2020
Conservative activist Charlie Kirk is launching a massive get-out-the-vote campaign Tuesday aimed at identifying and enlisting 1 million student supporters of President Trump ahead of the 2020 election. The “Students for Trump” campaign will look to target students on more than 300 campuses, in what Kirk describes as the biggest operation of its kind. “This is the most aggressivevoter identification GOTV program targeting students on college campuses for a Republican president ever,” Kirk told Fox News.

MINDING YOUR BUSINESS
These are the best and worst run cities in the US, report finds.
US economy breaks record with post-recession expansion.
Apple CEO Tim Cook disputes ‘absurd’ report on Jony Ive’s exitfrom company.

Trump: US ‘locked and loaded’ against Iran if needed… What do you Think?